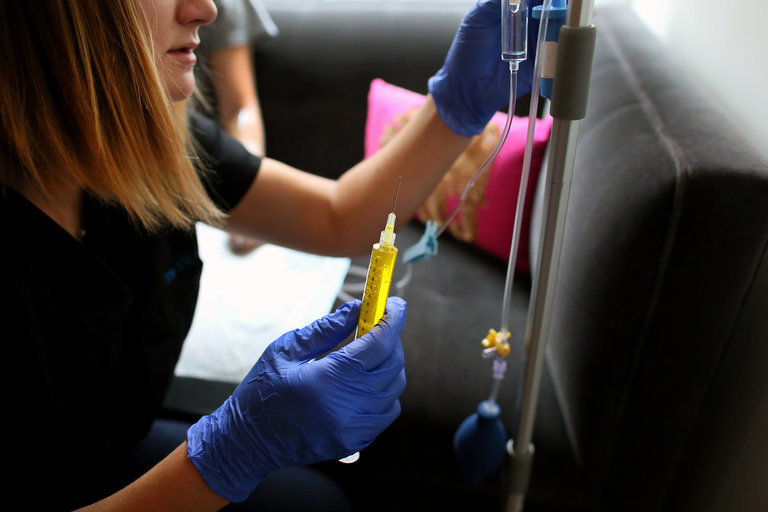 About a quarter of adults ages 18 to 64 reported having past-due medical debt in 2015. Credit Yana Paskova for The New York Times

The share of people with medical debt has fallen in recent years, but past-due medical bills remain a stubborn burden, especially among younger adults, according to reports published this month by the Urban Institute.

“It’s more common than you think,” said Signe-Mary McKernan, a senior fellow at the Urban Institute, a think tank based in Washington.

About a quarter of adults ages 18 to 64 reported having past-due medical debt in 2015, down from nearly 30 percent in 2012, the researchers found. (The institute’s research was funded by a grant from the Financial Industry Regulatory Authority Investor Education Foundation.)

But millennials and Generation Xers — people ages 18 to 50 — reported comparatively higher levels of medical debt, Ms. McKernan noted in a related brief. About 25 percent of this group had past-due medical debt in 2015, compared with 20 percent of those aged 51 to 64 and 10 percent of people over 65.

The higher proportion of younger adults with medical debt was a bit surprising, Ms. McKernan said, because they tend to have fewer health problems. But they are less likely to have health insurance, she noted, and have not been accumulating wealth as quickly as earlier generations.

Millennials also tend to have a lower level of financial knowledge, which may make them more vulnerable to medical debt, another institute analysis found.

Congress is debating repealing and replacing the Affordable Care Act, commonly known as Obamacare, spurring concerns that more Americans may lose health coverage and become more vulnerable to medical debt. People with health insurance are less likely to have medical debt, but even those with health coverage have trouble paying medical bills on time, institute researchers noted.

Here are some questions and answers about medical debt:

How can I avoid medical debt?

Likewise, she said, even a modest emergency savings account — say, between $250 and $750 — can help cover unexpected bills. A recent analysis by the JPMorgan Chase & Co. Institute found that 16 percent of American families had paid at least one “extraordinary” medical bill, typically of just over $1,100, from 2013 to 2015.

Caitlin Donovan, director of outreach for the National Patient Advocate Foundation, urged consumers to look beyond monthly premiums when choosing a health plan; deductibles, co-payments and other out-of-pocket costs can add up quickly when you need care.

How can I manage medical debt?

If you get a medical bill that’s unexpectedly large, don’t ignore it — doing so may mean that the bill is sent to a collections agency, where it can dent your credit history, Ms. Donovan said. Start by asking your provider for an itemized bill, she suggested, to check that you were not mistakenly charged for services you didn’t receive.

Particularly if your insurer has denied coverage, call and ask whether the provider used the correct billing codes. “Ask, ‘What code needs to be used to have this covered?’” she said. Be polite, Ms. Donovan advised, but don’t be put off: “It’s not an unreasonable thing to ask.”

Once you have confirmed the bill is correct, contact your health care provider directly, she said, and ask if you can negotiate the amount due. Ask if the provider will accept a discount if you pay right away, or if it will accept the Medicare rate, which is typically lower than the rate charged by private insurers. “They want to actually get paid,” Ms. Donovan said, “so they may be willing to work with you.”

Be sure to ask if the hospital or clinic has a financial-assistance program. Many providers do, she said, but “they may not offer it up front.”

Barring any discount or financial help, she said, ask if the provider will accept a monthly payment plan, so you can pay the debt off over time.

Where can I find more information about managing medical debt?

The Consumer Financial Protection Bureau, which has taken action against medical debt collectors, offers tips for handling medical debt on its website.