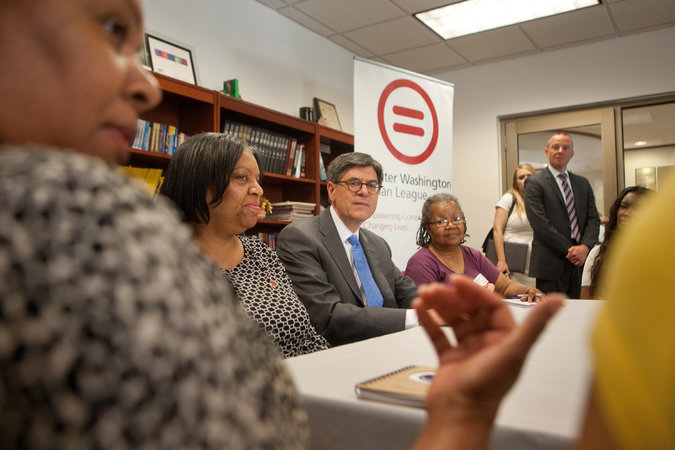 The Obama administration will take further steps to ease foreclosures, rising rents and scarce mortgages, Jacob J. Lew, the Treasury secretary, said on Thursday at a conference observing the fifth anniversary of Making Home Affordable, a suite of federal programs aimed at helping homeowners after the financial crisis.

Mr. Lew’s announcement came on the heels of a new wave of criticism — occasioned by the publication of a memoir by his predecessor, Timothy F. Geithner — that Treasury’s efforts to help homeowners were inadequate. (Salon’s take: “This man made millions suffer: Tim Geithner’s sorry legacy on housing.”)

The administration has defended its cornerstone program, a loan modification program known as HAMP, which has resulted in more than 1.3 million loan restructurings.

The program helped far fewer people than anticipated, but officials say that it pushed lenders to behave better in general.

“As we know, our initiatives have not been a silver bullet,” Mr. Lew said. “But HAMP and our other programs cannot be judged only on what they have done directly for homeowners. Treasury’s housing assistance programs have become a model for the broader housing sector.”

The new measures announced by Mr. Lew were incremental.

Making Home Affordable, which includes HAMP and several smaller programs, will be extended for at least one additional year, through 2016, Mr. Lew said.

Housing advocates applauded the extension, mainly because there is nothing yet to replace it.

Despite a host of new regulations governing mortgage lending, neither regulators nor the industry has come up with a model for loan modifications, advocates said.

While the industry may have used HAMP as a model, borrowers with HAMP modifications do better than those with less generous bank-governed modifications.

“We hope policy makers will also use this opportunity to ensure that sustainable modifications are a permanent part of the mortgage landscape, and not just a stopgap measure during a time of crisis,” said Alys Cohen, a housing expert at the National Consumer Law Center.

For tenants, the help announced Thursday was less direct, coming in the form of subsidized loans to apartment builders for affordable housing.

New loans would come from the Federal Financing Bank, which is under Treasury’s direction. The program could more than double the volume of multifamily loans guaranteed by the Federal Housing Administration each year, officials said. The first project to be financed under the new plan will be an affordable rental building in the Rockaways, Queens, that was damaged by Hurricane Sandy.

Mr. Lew said the new financing was a result of President Obama’s instructions that the administration should do as much as it could in the absence of action from Congress.

Still, Mr. Lew urged Congress to extend the Mortgage Debt Relief Act, so that homeowners who conduct short sales in lieu of foreclosure do not face a hefty tax bill, and to reform the nation’s housing finance system, now dominated by Fannie Mae and Freddie Mac.

He said nothing about principal reduction, which has been banned by Fannie and Freddie on the mortgages they back, and which a growing body of evidence suggests is the most effective way to help homeowners and the broader economy.

The Treasury had promised that Mr. Lew would address the expansion of credit to potential home buyers, millions of whom are unable to get a mortgage with today’s tight standards. No new programs were offered, though Mr. Lew said the Treasury was working to jump-start the all-but-vanished market for private mortgage-backed securities, which would help lenders grow more confident and make more loans.