A Simpler Way to Complain About Student Loan Collections 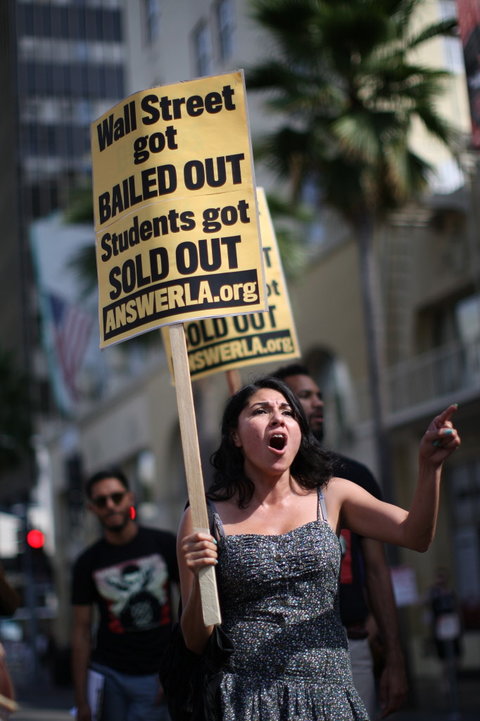 Agence France-Presse — Getty Images A woman in Los Angeles protests against the high cost of student loans in September.

Borrowers who run into trouble with their federal student loans should have an easier time filing complaints about private collection agencies that work under contract to the government, a new report says.

The report from the nonprofit National Consumer Law Center said the Education Department has made significant changes to its Web site to simplify its procedure for making complaints. Last year, the center criticized the department for its confusing online process.

“They definitely made improvements in making it accessible,” Jillian McLaughlin, a research assistant at the center and one of the report’s authors, said in a phone interview.

The streamlined complaint process won’t solve all the problems with aggressive collections of student loans, the report said. In an article in The Times last fall, Andrew Martin detailed how collections agencies aggressively pursue students who have defaulted on their loans.

A better complaint system can help restore a needed balance between borrower rights and “draconian” collection powers, the report said.

“The current system of collections for student borrowers in default is unforgiving,” the report noted. “The department has nearly unlimited power to recover defaulted student loans.”

The center cited as a model the online complaint system created by the Consumer Financial Protection Bureau, which accepts complaints about private student loans.

The law center urged the Education Department to publish information about the complaint resolution process, including average response and resolution times. The department should also publish aggregated complaint data, and use that data to drive enforcement and oversight of collection agencies, it said.

Have you filed a complaint about student loan collections with the Education Department? What happened?