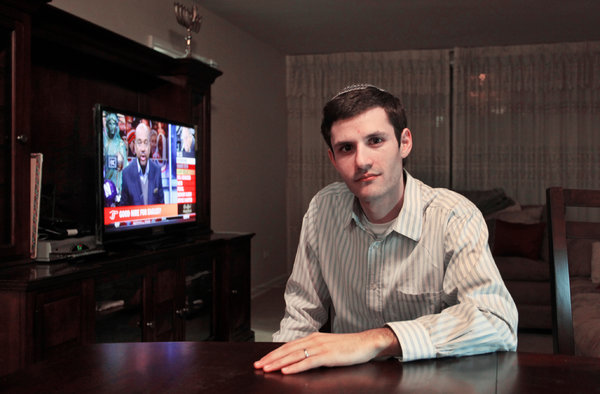 Joseph Wilbur of Forest Hills, Queens, encountered problems when he said he wanted to close his mortgage quickly.

THE housing market in the United States is starting to show signs of improvement. Mortgage rates remain low. New construction is picking up. And the Consumer Financial Protection Bureau issued guidelines last week aimed at protecting consumers from the types of mortgages — like the ones that offered deceptive teaser rates or required no documentation from borrowers — that contributed to the financial crash.

But there are still many ways that buyers or investors can end up paying more than they should. And the extra costs are so embedded in the mortgage documents — and the mortgage rate itself — that consumers have to be vigilant to find them. That is especially true when buyers rush into a deal and do not take the time to make sure they are not paying thousands of dollars extra in closing costs and tens, if not hundreds, of thousands of dollars more over the life of a loan.

“People today are less concerned with pricing,” said Joe Parsons, a loan officer at PFS Funding in Dublin, Calif. “They’re more concerned about, ‘Can you get my deal done?’ There are so many more moving parts.”

Joseph Wilbur, for instance, signed a contract to buy a co-op apartment in Forest Hills, Queens, in March 2012 and made it clear that he wanted to close quickly because he and his fiancée were getting married in August. Mr. Wilbur said the mortgage broker told him that would not be a problem.

The couple finally had their closing on Dec. 13, after spending the first few months of their marriage living with his parents. A few days before closing, Mr. Wilbur said the broker gave him a good-faith estimate — the basic information about the terms of the mortgage and the estimated costs of the loan — that he should have had at the start. Shortly after that, he got the HUD-1 statement, which formalizes the closing costs.

“It became clear early on that the guy wasn’t all that knowledgeable about mortgages for co-ops,” he said. “He made a whole bunch of mistakes.”

But Mr. Wilbur pressed on because he wanted to close and did not want to lose the apartment. “As much as I was concerned that I hadn’t seen something that was telling me I was paying thousands more than I had expected, I just wanted to get through with this,” he said. “The fact that my wife and I were getting married shortly was more of an issue. I didn’t have time to start with a new bank and the whole application process.”

Mr. Wilbur’s story may be a worst-case situation. But what should buyers be aware of and how can they avoid feeling cheated?

Many buyers think the good-faith estimate is the cornerstone of the mortgage process. It estimates the costs, like inspections and title insurance, buyers pay to close on a mortgage. But Mr. Parsons said the document did more to hide fees than illuminate them.

“It’s essentially a useless document for the consumer,” he said. “It lumps a lot of costs into the figures that are carried onto the good-faith estimate rather than itemizing them.”

Rick Allen, chief operating officer of MortgageMarvel.com, a Web site that allows consumers to search for different mortgages, ran three sets of closing costs in the first week of January for the same mortgage in the New York area and got three different good-faith estimates.

The estimates for closing costs on a $300,000 house with a 30-year mortgage at a rate of 3.5 percent were between $6,911.78 and $9,742.97. The biggest differences were the origination fee the bank charged, the discount the bank gave — or did not give — for the particular interest rate and the cost of title insurance from a third party. The origination fee and the mortgage credit vary because they are one of the ways the lender makes money from the loan.

“The reality is the consumer needs to do lots of homework,” Mr. Allen said. “The government would say that you need to apply with multiple lenders and get multiple good-faith estimates. But providing an application is not always a painless process.”

He said MortgageMarvel.com offers a guarantee on the closing costs within $50. But borrowers would still have to compare various lenders to know that they were getting the best estimate.

Of course, most people don’t do that. Elizabeth Safran, who owns her own public relations company in New York, said she asked a friend in her apartment building whom he had used.

“My main criteria for refinancing was to bake the closing costs into the loan so there would be no cash out of pocket,” she said.

Instead, the broker charged her a fee to lower her interest rate, which she hadn’t asked about. (She got that deleted.) And a day before the closing, she was told to bring a check for $7,000. “When I threw a fit, they said I’d have to cancel the closing and I’d be fined $1,000,” she said. “I made a choice to pay it out of pocket. But it was all very vague.”

To do away with the annoyance of such surprises for borrowers, many lenders advertise mortgages with no closing costs. While buyers may not pay any extra immediately, they could end up paying a lot more in interest over the life of the mortgage since the lender is going to raise the interest rate to cover the costs, Mr. Parsons, the loan officer, said.

That higher rate makes the mortgage more attractive for the lender who can sell it at a premium if it is going to be packaged with other mortgages and sold. It also increases the profit to the lender. But that rate means the borrower is going to pay more over time than the closing costs in mortgage interest.

So what should a borrower do?

Understanding what the interest rate means is crucial. Mr. Parsons said that if a buyer called him last week and asked for the lowest mortgage rate, he could have said 2.75 percent. But to get to that rate, Mr. Parsons said, the buyer would have to pay three points. A point reduces the mortgage rate by a quarter percentage point, but it costs a half of a percent of the loan value.

Another risk is being drawn in by a low rate that is not locked in. Right before the closing, the lender could say the rate went up, and most people would pay it since they had come so far in the process. “The best spin I could put on it is to say I thought the loan rate would move the other way,” Mr. Parsons said. “It happens more than you’d think.”

Mr. Wilbur said he watched his rate change many times over the nine months it took to close on this apartment. But in his case, the rate went down.

Buying a home, particularly in an environment where borrowers are being asked to provide more and more documentation, is obviously complicated. But it is also emotional.

And the revamped, four-page good-faith estimate, which the Obama administration introduced in 2011, might be worse for consumers than the old, single-sheet estimate. While the new form discloses more information, it may be harder for the average home buyer or even small-time property investor to grasp.

Richard Thaler, a professor of economics and behavioral science at the University of Chicago business school, has thought a lot about this problem. In a column in The New York Times, he suggested that the good-faith estimate be made in electronic form so that borrowers could then turn to Web sites that could alert them to unusually high fees or other potentially bad features.

When I asked Mr. Thaler about this, he said he had come up with a simpler solution: affixing QR codes to the estimate so buyers could use smartphones to scan the code.

Until, or if, Mr. Thaler’s suggestion comes to pass, the only real way to avoid paying too much for a mortgage is to take your time and question everything. But that is easier said than done when your dream home sits before you.

And after all he went through, Mr. Wilbur is happy. “I love the apartment,” he said. “I’m happy to be on our own and in our own place.”

Read the original article from the New York Times here.