That is a key conclusion that jumps out from a recent Federal Trade Commission study on errors in credit reports, those all-important records that determine whether we get credit, what interest rates we pay and sometimes whether we get a job.

In the FTC study, 262 of the 1,001 people who reviewed their credit reports spotted at least one potential “material” mistake, such as a credit-card account that wasn’t theirs or a late payment that they didn’t believe was late. 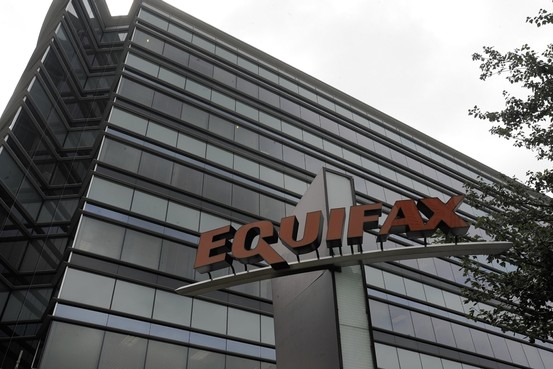 Associated PressThe big credit bureaus, like Equifax, are under the spotlight for consumer credit-report errors.

When the participants disputed the information with credit bureaus Experian, EXPN.LN +0.70% Equifax EFX -0.04% or TransUnion, 206 people saw at least one credit-report change—a recognition some data was indeed wrong or couldn’t be verified.

The industry says the errors are overstated, since many of those mistakes didn’t actually affect credit scores. In total, the study found, only 2.2% of the nearly 3,000 reports and 5.2% of the participants had errors severe enough to affect whether a person qualified for credit or earned a better interest rate.

“These situations don’t happen very frequently, but when they do, it’s very difficult for consumers,” says Beth Freeborn, an FTC economist.

The study underscores how much can go wrong in the process of collecting billions of pieces of important information on more than 200 million consumers. While the system could be more accurate, ultimately it is up to you to spot problems and address them.

What can go wrong? Plenty. Consider the following:

When consumers request their credit report, they must submit their middle initial, address and Social Security number, so they should get only their own information. But in some cases, “lenders get credit reports that are based on looser criteria,” such as fewer Social Security digits to pick up accounts where, say, some numbers had been transposed, says Chi Chi Wu, staff lawyer at the National Consumer Law Center in Boston, a nonprofit advocate for low-income consumers.

The result: Accounts or inquiries for new debt from someone else with a similar name and Social Security number could end up in your report. This is more likely if you have a common name, live in the same house with someone with a similar name or have changed your name because of marriage or divorce. Because a credit score is generated based on information in the report, consumers can be penalized for someone else’s bad behavior.

An identity thief could open an account in your name or change one of your accounts to a different address and then run up debts that won’t be paid. People might not learn of such accounts until debt collectors start calling.

Bills that were paid might not be posted or might be posted to the wrong account, or amounts owed might be incorrect. In addition, a medical bill that your insurer was supposed to pay but didn’t might linger as an unpaid debt, says Ed Mierzwinski, consumer program director at the U.S. Public Interest Research Group, an advocacy organization based in Boston.

Debts that have been turned over to collectors generate a large number of disputes, partly because such debts are particularly damaging to credit scores. One problem: As debt changes hands, the same debt can reappear with a more recent delinquency date, though the only legal date is the original one.

What can you do to fix a credit-report error? First, look at your credit report.

You are entitled to a free report each year from each of the big three credit bureaus at AnnualCreditReport.com. To remind yourself, look them up on the same day each year, perhaps on your birthday. Or, to help detect identify theft, check every few months by looking up your Experian report on, say, Presidents Day, TransUnion on July 4 and Equifax on Veterans Day.

Of the approximately eight million people who filed disputes in 2011, many challenged mistakes through the bureaus’ online dispute forms. Instead, the FTC recommends writing a letter and sending it and copies of supporting documents via certified mail to the credit bureau. The lender also should be contacted and asked to fix the problem.

The credit bureaus resolve some disputes in house, but most are assigned a code that is sent to the debt holder, sometimes with a brief explanation. The debt holder then either acknowledges an error or rejects it without ever seeing supporting documentation.

Representatives at Experian’s call center in Allen, Texas, are authorized to spend as long as needed on the phone with consumers, Mr. Wagner says. The company says that its reps will occasionally put consumers and creditors on the line together to try to hash out a disagreement.

There isn’t a formal appeals process, but if the first dispute is rejected, consumers can “absolutely” protest again to the credit bureau or lender and send more information, says Kareem Rogers, Equifax’s global consumer and business services leader.

If that still doesn’t resolve the issue, you can add a brief explanation to your credit report. You can also file a complaint with your state attorney general and the Consumer Financial Protection Bureau. The federal agency began accepting credit-bureau complaints in October and is authorized to oversee the three big credit bureaus.

If those efforts fail and your credit-worthiness is at stake, you might have to hire a consumer lawyer and sue. Your credit report is that important.

Write to Karen Blumenthal at karen.blumenthal@dowjones.com

Original published by the Wall Street Journal at wsj.com

Corrections & Amplifications
A photo caption in an earlier version of this article incorrectly identified the subject of the photo as therapy dogs . The photo is of a building with an Equifax sign.

A version of this article appeared March 9, 2013, on page B8 in the U.S. edition of The Wall Street Journal, with the headline: How to Fix a Credit-Report Error—Before It Bites Back.